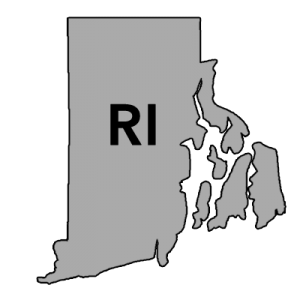 via the Providence Journal:

More than 30,700 have already signed up, and hours at the walk-in and call centers have been extended in anticipation of a surge in enrollments leading up to the Dec. 31 deadline.

PROVIDENCE — Rhode Island has outpaced projected sign-ups for Obamacare next year with more than 30,700 residents now enrolled in health insurance through the state-based health insurance exchange.

HealthSource RI officials expected to see around 30,000 people in total enrolled by the end of December. With a little more than a week to go and the last days of open enrollment typically the busiest, numbers are sure to increase.

Rhode Island has now officially beaten last year's total of 29,456 QHP selections, though they're still way dwon from the 34,670 they achieved two years ago. Of course they still have 9 days left to go, including their own New Year's Eve deadline, so they might be able to bump the 2018 total up to perhaps 32,000 or so (?). At a minimum, RI is now at least 4.2% ahead of last year.

There's some more good news out of RI as well:

This year, roughly 4 percent of the state’s population was uninsured, a rate that will almost certainly decrease next year, said HealthSource RI Executive Director Zach Sherman.

Some 5,700 people enrolled for the first time this year. That’s more than three times the number of new enrollees in previous years.

...Rhode Island has made significant progress in sign-ups from what those in the industry refer to as the “young invincibles.” Those are customers between the ages of 18 and 34, who are most likely to think that health care isn’t essential. They are the largest uninsured age group in the state.

Roughly 25 percent of renewing HealthSource RI customers fall into that age group. But 34 percent of those signing up for the first time this year are between the ages of 18 and 34.