Chalk up 3 more ACA enrollees. Now, how to steer clear of the Subsidy Cliff? 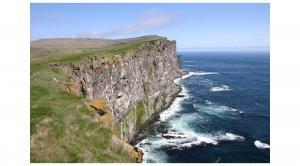 Given how much I've been shouting from the rooftops about the importance of everyone #GettingCovered the past month or so, I'm fully aware of the irony of what I'm about to say:

My wife and I finally #GotCovered this morning at HealthCare.Gov.

We logged into our current account, reviewed our options and in the end settled on...pretty much the same Gold HMO we already have today. It's actually a slightly different policy--Blue Care Network of MIchigan elimiated the "HMO Select" option and replaced it with the "HMO Preferred" option. As far as we can tell, the only differences are the (unsubsidized) premium price, which shot up by about $300/month (ouch.) and the deductible, when went up from $500 to $1,000.

For us, we had two major decisions to make: Gold vs. Silver...and (assuming we had gone with Silver), On-Exchange vs. Off-Exchange.

As I've explained many, many times before, while I normally encourage everyone to shop ON the ACA exchanges even if they don't think they'll qualify for tax credits (because hey, you never know), this year in particular I'm encouraging people who are absolutely certain that they won't qualify for subsidies to take a look at OFF-exchange policies...in particular, if they're looking at a Silver plan. Why? Because thanks to the Silver Switcharoo, several million people who earn too much to qualify for tax credits may be able to save thousand of dollars by buying what amounts to the exact same Silver plan off-exchange as on exchange.

In our case, we had three options:

Now, if we were confident that we were going to earn, say, $120,000 or more, going the Silver Switch route would be a no-brainer...but in our case, there's a chance that we might end up earning less than the $81,680 threshold for ACA tax credits for three people, making it a very tough call.

In any event, it's done, and while we could theoretically still go back in and cancel or change our minds over the next 4 days, I don't think that's likely: We're committed at this point.

The real issue for us is that we have no idea whether or not we're gonna end up above or below that 400% FPL income line by the end of 2018. Our income jumps around a lot from year to year--one year we may be at 350% FPL, the next it could be 500%. In addition, a large chunk of our annual income is seasonal, not coming in until the last 2 months of the year (that is, right about now), which means estimating our income for the upcoming year is extremely difficult for us. We usually don't know whether we have to make a change to our estimate at HC.gov until it's time to file our taxes for the previous year anyway.

For 2018, we honestly think that our income is likely to be up around 390% or so...just a little under the subsidy cap. But we don't know right now.

Fortunately, my friends Andrew Sprung and Louise Norris have some tips on how to legally lower your MAGI:

Steering clear of the subsidy cliff in the ACA marketplace

...Many but not all resources for reducing MAGI are available only to the self-employed. They include the following.

1. Individual 401k. Ms. Cornwell, the article reports, "made $80,000 a year as a project manager for a small consulting firm that doesn’t offer health insurance." My immediate reaction was that an employee of a consultancy that doesn't offer health insurance -- or, it emerges later, a 401k -- should be able to get herself paid as a contractor -- i.e., get self-employed status. If she did, she'd be able to deduct as much income as she forfeited (or more if she so chose).

...2. Health Savings Account. HSAs are tax-sheltered savings accounts that must be paired with a so-called High Deductible Health Plans (HDHP). An HDHP must have a minimum deductible of $1300 for an individual and $2600 for a family -- rather quaint thresholds at a time when the average silver plan has a deductible approaching $4000 and the average gold plan deductible is over $1000.

...3. Roth IRA or non-retirement savings. This one is for the relatively affluent. Let's say you're in your early 60s, like Ms. Cornwell, and you want to retire early without taking early Social Security or drawing on your main retirement income source -- say, a 401k. Withdrawals from a Roth IRA are not taxable income (in Roth IRAs, contributions are not tax deductible when made, but withdrawals after age 59 1/2 can be made tax free).

...4. Self-employed health insurance deduction. If you're self-employed and buying insurance for yourself and/or your family on the individual market, you can deduct the full cost of the insurance*, as long as your self-employment income exceeds the cost of insurance after various other deductions.This too is an above-the-line deduction that reduces MAGI.

...5 Qualified Business Expenses. If you're self-employed and fill out a Schedule C, Profit or Loss from Business, consider being more liberal in spending to grow your business or improve your capabilities than you might normally be inclined to be. It may do your business good!
---
* Update: Louise Norris points out to me that things get a little circular when the deduction increases the subsidy, thereby reducing the cost of insurance and reducing...the deduction. Louise points to the appropriate IRS instructions for squaring this circle here.

I strongly recommend everyone read the full entries by Andrew and Louise. My wife and I will see what we can do with some of these. If we're successful, we'll save $4,500 (or, put another way, we'll save $2,600 vs. what we would've paid for the same plan off-exchange). However, if we aren't successful--if our official 2018 MAGI ends up being even one dollar over the threshold, we'll have to pay the full $4,500 back to the IRS when we file our taxes for 2019.

It's quite literally a calculated risk.