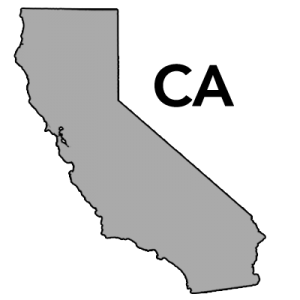 Covered California has released another 2018 Open Enrollment Update report...and thankfully, they finally included their renewal numbers as well as the new additions:

More than 102,000 new consumers selected a plan during the first month of open enrollment, a 28 percent increase over the same time period last year.

The closest comparison I have to this is last year's press release from December 13th, when CoveredCA announced 1.2 million renewals and 139,000 new enrollees as of December 12th. This year they're announcing the same number of renewals and a slightly lower number of new enrollees (102K vs 139K), but as noted above, those extra 12 days can make a big difference. If you assume the 1.2 million figure was about the same both years, that makes the grand total roughly 1.3 million vs. 1.28 million, or about 2% higher.

In order to break last year's total enrollment number (1,556,676), CoveredCA will have to add at least 257,000 more people between now and January 31st...that's right, California is one of only three exchanges (along with New York and DC) which are keeping last years' full 3-month open enrollment period (6 other states have extended deadlines ranging from 12/20 to 1/23). Considering that there's still 15 days' worth of "official" open enrollment period data to add along with the additional 47 days after that, CA's odds of matching last year are pretty good. They could even beat 2016's record of 1,575,340, but we'll see (they'd have to add around 276,000 more people to do that)

“Consumers are continuing to check out their options and take advantage of the lower prices for many enrolling and renewing in coverage,” said Peter V. Lee, executive director of Covered California. “We know that Californians sign-up when they realize how low their costs are. We’re seeing many Californians shop and enroll because the financial help is bringing coverage within reach for many.”

In addition, a new analysis finds that the net monthly premiums for the 85 percent of Covered California enrollees who get financial help – the price they will pay after a plan’s premium is discounted by the federal subsidy – is an average of 10 percent less than new and renewing consumers paid last year (see Table 1).

The data showed that the average net price for plans selected by new and renewing consumers this year is $120 per month, down from $134 per month at this point last year. And, for those who selected a bronze plan, the average cost for 2018 was only $45 per month, compared to $87 in 2017.

“When you do the math, hundreds of thousands of Californians are the winners – getting quality coverage at lower rates than last year,” Lee said. “Consumers are finding out they can get quality coverage for less than they expect.”

The experience of an individual will vary based on their circumstance, including whether they get subsidies to help purchase coverage, where they live and the plan options they choose. The analysis found that consumers who select a Silver-tier plan are on average paying $3 per month less than they were in 2017, while consumers who select a Gold-tier plan will pay on average $78 less per month. 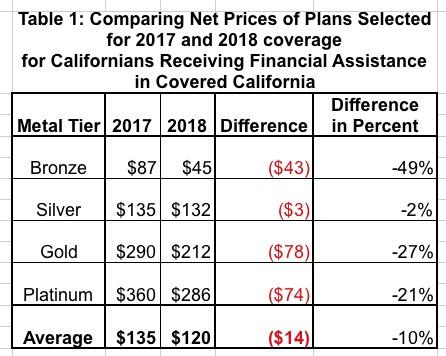 The lower prices are a result of more financial help being available for consumers who qualify for assistance. The Affordable Care Act is designed to protect consumers by providing more premium tax credits when premiums rise.

“With a key deadline coming up, we want to make sure that consumers know about the increased financial help that is available to help bring health care coverage within reach,” Lee said.

found that about 989,000 new plan selections had been made between Nov. 1 and Dec. 2. While this is 22 percent higher than the estimated 811,000 new enrollment during the same time last year, it is on pace to fall well short of last year’s new enrollment totals because the federal open enrollment period has been cut in half and ends Dec. 15.

“The new enrollment in states supported by the federal marketplace is troubling given there remain only ten days when consumers in those states can benefit from the open enrollment period,” Lee said. “It’s hard to see how enrollment over the next ten days will come close to last year’s enrollment, which foreshadows spikes in health care premiums in many states in 2019 absent federal action.”

The price for Silver coverage is estimated to better reflect that price experience most unsubsidized Silver enrollees will have in 2018 because they are able to purchase near- identical Silver-level coverage off-exchange without it including a surcharge to fund the federally required cost-sharing reduction program. Due to uncertainty at the federal level, Covered California directed its carriers to place a “CSR-surcharge” on their Silver products sold on the exchange. The same Silver product sold directly to hundreds of thousands of Californians in the individual market outside of Covered California do not have the CSR-surcharge. 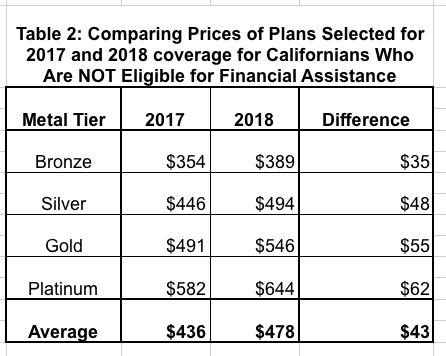 *Silver prices are estimated; prices for other tiers reflect actual difference in what unsubsidized enrollees are paying for 2018 coverage based on enrollment as of Nov. 30. The average unsubsidized Silver gross premium shown is an estimate based on current 2018 enrollment data and prior Covered California analysis that cost sharing reduction (CSR) surcharges represents approximately 10.1% of the actual 2018 gross silver premiums.

“Contrary to the national narrative that health insurance prices are skyrocketing, our data shows that most Covered California consumers are actually paying less in 2018 for subsidized coverage, and even those not receiving financial help face average increases of 10 percent in 2018,” Lee said.

Consumers who want their insurance coverage to begin on Jan. 1, 2018 must enroll by Dec. 15, but -- unlike a majority of other states in the nation -- California’s open enrollment period continues through Jan. 31, 2018.

Consumers who purchase coverage on the individual market outside the Covered California exchange do not have to pay the cost-sharing surcharge placed on those with unsubsidized Silver coverage in the exchange. For this reason, consumers who have unsubsidized coverage in the exchange should consider switching metal tiers or enrolling in a Silver plan directly through their insurance company to ensure they get the best value.

The only real number I have to compare the 102,000 new enrollees (as of 11/30) to is this from last year, where they announced 139,000 new enrollees...except that number was as of December 12th. Given how rapidly enrollment numbers tend to ramp up in the final week or two of the enrollment period, this is misleading.