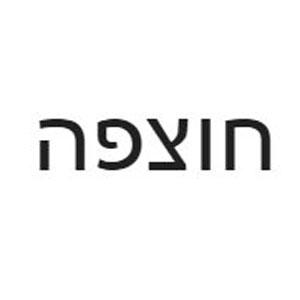 The following letter was sent to Rep. Carol Shea-Porter of New Hampshire a few days ago:

Thank you for your letter regarding funding for the Navigator program. I appreciate hearing from you on this issue. The Patient Protection and Affordable Care Act requires each Health Insurance Exchange (whether Federally-facilitated or state-based) to have a Navigator program to, among other things, help facilitate enrollment of individuals in qualified health plans (QHPs) through the Exchange.

She goes on to rehash everything we already knew: That CMS slashed outreach grant funding by tens of millions of dollars. She obviously tries to make it sound like a reasonable, well thought-out process, even though, as I reported exclusively back in September, the decision was actually slapped together at the last minute, literally a few hours before the formal grant notices were actually sent out.

However, that's not what I'm focusing on here; this is:

Well yes, there are reasons for that: The millions of people who signed up in 2013, 2014 and 2015 were, for the most part, those who were both chronically ill (thus desperate for coverage) and either lower income (thus not able to afford coverage pre-ACA) or of moderate income but locked out of coverage at any price due to having pre-existing conditions. They were relatively easy to get to enroll. In other words, the low-hanging fruit had already enrolled in prior years.

Advertising serves to inform but also to persuade. Those who enrolled in the first couple of years mostly just needed to be informed; encouraging healthier, wealthier people to get covered is where you have to also persuade. In other words, just because they spent twice as much money doesn't mean one should automatically assume it's going to lead to twice as many enrollees. The target populations aren't the same at all.

Most insulting of all, of course, is that I've already shown pretty conclusively that it was the last-minute ad/marketing cut-off during the final, critical deadline week of open enrollment back in January which caused the bulk of that 500,000 enrollee drop-off for 2017. In other words, Trump's head of CMS is using Trump's sabotage to justify...more of Trump's sabotage.

But here's the true chutzpah moment:

Despite changes to funding for the Navigator program and outreach activities, more consumers have selected Qualified Health Plans so far this year, compared to a similar time period last year. In the first two weeks of the Open Enrollment Period for 2018, which is now 45 days long, 1,478,250 people selected plans using the HealthCare.gov platform. That number in the first two weeks of Open Enrollment for 2017 was 1,008,218 people.

Yes, that's right: Just moments after stating that the ACA sucks ass and enrollment is plummeting, Verma is now actually trying to take credit for the higher early enrollment numbers.

Of course this is utter nonsense. There's several things going on here which have contributed to the high early numbers:

Of course, there's no guarantee that the higher enrollment pace will keep up--and in fact I'm still officially projecting a rather gloomy 10 million enrollees total by the time the dust settles...but given the insanity this year, it could also come in sky-high as well.

The thing is, Trump has a long history of taking credit for things he had nothing to do with, and dumping the blame on everyone else when things go badly...and apparently Verma is learning to do the same. Here's a prediction about how things will turn out:

They already have their playbook established no matter what the outcome.