Sorry, GOP, you can't have it both ways. 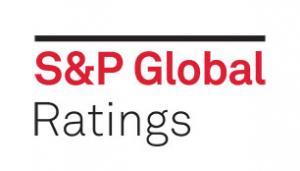 There's been a lot of buzz the past couple of days over this analysis of the impact of repealing the ACA's individual mandate from Standard & Poors, which is significantly different from the Congressional Budget Office's projections:

Repeal Of The Health Insurance Mandate Won't Save As Much As Expected, Says Report

CENTENNIAL (S&P Global Ratings) Nov. 16, 2017--As the tax-reform debate heats up, the U.S. Senate tax bill may include a provision to repeal the individual mandate penalty. Repealing the penalty associated with the individual mandate will increase the uninsured rate. Subsequently, it will reduce government expenditure because there will be less federal funding needed for health insurance costs. However, the change won't be as financially meaningful as some expect, said a report released by S&P Global Ratings today titled, "U.S. Tax Reform: Repeal Of The Health Insurance Mandate Will Save Less Than Expected, And Will Not Support The Current Insurance Market."

We estimate that repealing the penalty will increase the number of uninsured by about 3 million-5 million by 2027, and save the federal government about $60 billion-$80 billion over the next 10 years. Our impact analysis of this repeal is lower than the recent analysis published by the independent Congressional Budget Office (CBO; November 2017). The CBO has forecasted 13 million more uninsured in 2027 and $338 billion of reduced federal deficit over the next 10 years.

The key difference between our estimate and the CBO forecast has to do with the Medicaid and Individual insured market segments. "Our estimates are lower because we believe that it is not the mandate penalty, but the intrinsic financial incentives available to most eligible enrollees that drive enrollment in these two markets," said S&P Global Ratings credit analyst Deep Banerjee.

For example, the vast majority of Medicaid enrollees don't pay a premium or have cost-sharing requirements. Similarly, in the Individual market (on- and off-exchange), close to 60% of the enrollees receive a subsidy in the form of advanced premium tax credit that meaningfully offsets the cost of their insurance. As for the nonsubsidized enrollees in the individual market, although some may be enrolling because of the mandate, the majority today are signing up because they need insurance. The year-over-year increase in premiums and the relatively high cost-sharing provisions are unattractive for those that aren't eligible for a subsidy or don't have an inherent need for medical services. Therefore, although there will be some drop-offs, the mandate repeal will, in our view, not stop the majority of this population from re-enrolling. This is also why we expect limited savings for the federal government from the mandate repeal.

"The individual mandate is currently weak, and repealing it may have a limited impact on the insured rate and the federal deficit, but repealing it will definitely reduce support for the Affordable Care Act individual insurance marketplace," added Banerjee. This marketplace, though improving, is still fragile as it suffers from declining insurer participation, lack of adequate scale, and a higher-than-initially expected morbidity pool. It would benefit from a stronger mandate, not a nonexistent one.

As I've stated repeatedly, I personally suspect that the reality is closer to the S&P's projections than the CBO's overall...

...As for Medicaid, I had a tougher time believing that 5 million Medicaid enrollees would voluntarily drop out of what's effectively free (or near-free) healthcare coverage...

...[The CBO is] assuming that if the mandate isn't repealed, total APTC assistance from 2018 - 2027 would be $531 billion, and that this would drop by about 1/3 ($185 billion). Since they also openly state that the worsened risk pool would also cause premiums to increase to the tune of around an additional 10% per year over the decade (thus increasingAPTC substantially), the only way that's possible is if they honestly think that a big chunk of the 5 million dropping coverage comes from subsidized enrollees, not unsubsidized. This...makes no sense to me. Yes, some subsidized people might drop coverage as well, but I would expect the vast majority of those 5 million to come from people who aren't receiving any financial assistance at all (or nominal help at most).

...but at the same time, plenty of other healthcare wonks/experts think the impact would be more significant:

...Medicaid is mostly reverse Woodworker...Penalty definitely motivates Medicaid enrollees. And with new barriers to enrollment thrown up, including more frequent redeterminations, fewer enroll or reenroll. It's a lot of hassle --- annual or semi-annual redeterminations, income tests, asset tests; it's a pain in the ass.

Here's the thing, though: Even if the S&P projections are more accurate, 3-5 million is still a huge number of people...and S&P agrees that the vast majority of those dropping coverage would be those who are unsubsidized and don't have an inherent need for medical services.

In other words, S&P agrees that 3-5 million healthy, low-cost people would drop out of the individual market...making the remaining risk pool far more expensive. Which in turn means much higher premiums...which in turn means much higher subsidies for those who qualify...which in turn means far more spending by the federal government on APTC & CSR assistance for those who are subsidized. Combine this with S&P assuming that very few Medicaid enrollees would drop out once they're already in the system, and the "savings" to the federal government dwindle further.

If S&P is correct, the Godawful "tax reform" bill being rammed through by the GOP would cost $268 billion more than they're claiming...pushing it over the mystic additional $1.5 Trillion added to the deficit which they're apparently "allowed" to add for some obscure reason or another.

Of course, it's the CBO's score which matters legislatively, not S&P, but the GOP wants to have it both ways here: They want to claim that "only" a few million people will lose coverage at the same time that they're absolutely certain that the CBO is correct about the $338 billion in savings (the same CBO they were ripping on last summer for making coverage loss projections they felt were too high, I might add).

In addition, both the CBO and S&P agree that, as S&P puts it, "[The individual market] would benefit from a stronger mandate, not a nonexistent one."

There's another irony here as well: Part of the reason why I suspect S&P's projections are more likely is because Trump's CSR reimbursement sabotage has likely already done half the damage to the individual market already. Remember, unsubsidized individual market premiums are increasing by about 30% nationally on average in 2018...and a full 18 points or so of that is due specifically to two things: The CSR reimbursement cut-off by Trump and concern over the possibility of the individual mandate being repealed.

In fact, the CBO even states point-blank that their own "13 million / $338 billion" projection assumes CSR payments will be made for the next decade even though they've already been cut off...because they're legally required to do so: