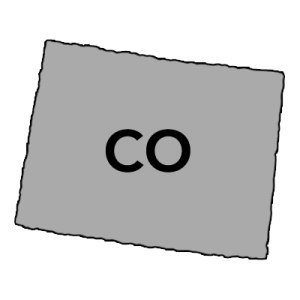 A week or so ago, Connect for Health Colorado reported that they'd enrolled 22,650 people in ACA exchange plans as of November 14th, up a full third over last year by the same date. Today they've posted their third week numbers, and while things have started to slow down, they're still running 25% ahead of last year.

Given the whole Silver Load/Silver Switcharoo craziness, I was mildly surprised to see that the ratio between Bronze, Silver and Gold have barely changed year over year, and in fact Silver has inched upward by a few points...until I remembered that Colorado is among the few states which went with the "broad load" model, spreading the additional CSR cost across all metal levels both on and off the exchange. This makes the similar metal level spread more understandable, but it also makes the 25% enrollment increase even more surprising, since subsidized enrollees will pay pretty much the same (no more or less) than this year, but unsubsidized enrollees are seeing their rates shoot up no matter where they go. As you can see below, the average premiums for unsubsidized enrollees ("NFA" = "Non-Financial Assistance) is 36.6% higher this year than last.

For the unsubsidized crowd, in theory, seeing their prices go up 37% should lead to a substantial drop-off of unsubsidized enrollees regardless of what happens to the subsidized crowd. Looking at the numbers, we can find out whether that's the case so far:

This supports my assumptions nationally, but not as much as I thought (so far). I assumed that a good 75% of unsubsidized enrollees would drop off the exchange:

That's about 2.1 million people who (assuming their income doesn't drop, etc.) who will have to pay full price for their policies next year. Many are already grumbling about the cost of the policies this year, and as far as I can figure, full-price rates would be going up around 12% more on average next year without the CSR/mandate enforcement factor. Needless to say, the 30% average unsubsidized rate hike with those two factors added to the mix is almost certainly going to scare off a huge chunk of unsubsidized enrollees.

...Obviously there's no way of knowing exactly how many of these folks will do any of these things, but I'm gonna spitball it and figure that perhaps 3/4 of them...or around 1.5 million...are likely to drop out of exchange policies one way or the other. Some of this may overlap with Peck's 1.1 million figure, of course.

If Colorado's 15% drop-off were to hold and be reflected nationally, it would only add up to around 320,000 unsubsidized people dropping, vs. 1.5 million, leaving total exchange enrollment nearly 1.2 million higher than I expected. However, this is still only 3 weeks in a single state, so it's not much to extrapolate from yet.