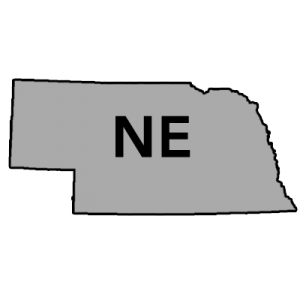 I noted back in August that there will only be one insurance carrier offering policies on the Nebraska individual market next year (Medica), with Blue Cross Blue Shield dropping out.

Medica originally requested a 16.9% average rate hike, but that was based on the assumption that CSR funding would be appropriated. However, Louise Norris reports that the final, approved average increase will actually be more like 31% due specifically to the lack of guaranteed CSR reimbursements.

Medica has 35,269 members on their ACA-compliant individual market plans in 2017. But all of the current Aetna enrollees, as well as off-exchange BCBSNE enrollees, will need to switch to Medica plans at the end of 2017, as Medica will be the only insurer offering plans in Nebraska’s individual market for 2018.

...Medica has proposed a 31 percent average rate increase (as of their revised rate filing dated August 15, 2017, which is based on the assumption that cost-sharing reduction (CSR) funding will not continue in 2018). The additional cost to cover CSR has been added to silver plans.

Medica had previously proposed a 16.9 percent average rate increase, based on the assumption that CSR funding would continue. But with no allocation of funding from Congress, and no assurance from the Trump Administration that funding would actually continue, revised rates were filed in August. Medica initially added a 14.5 percent load to silver plans, bringing the total overall average rate increase to 28.3 percent (as of August 4). But they submitted an additional revised filing on August 15, which also incorporated updated claims experience through the end of July. The result of that additional information, plus the 14.5 percent load on silver plans to cover the cost of CSR, brought Medica’s overall proposed average rate increase to 31 percent.

My read of this is that it'd be around 19% if CSRs were guaranteed vs. 31% with the load added.