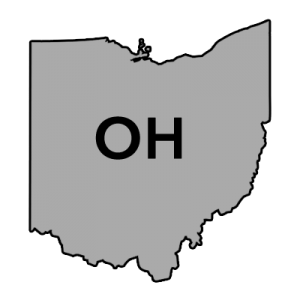 However, POC has also tracked down the approved rate increases for six additional states which I hadn't yet compiled...which makes this exciting to a healthcare data nerd like myself! They've helped me fill in the blanks for Illinois, Indiana, Nevada, Ohio, South Dakota and Utah. So without further ado, here's Ohio:

When I ran the requested rate hike numbers for , they ended up averaging out at around 33.5% assuming CSR payments aren't made, or roughly 25.1% if they are:

The Protect Our Care report quotes this passage from the official Ohio Insurance Dept. website:

This was repeated in a Cleveland Plain Dealer article:

Ohioans who buy health insurance on the Affordable Care Act exchange will see premiums rise by 34 percent on average in 2018, the Ohio Department of Insurance said today.

Premiums were already expected to rise sharply. Today's release of figures makes it official, coming just after state regulators reviewed insurers' requests and made sure they complied with Affordable Care Act, or ACA, guidelines and state underwriting standards.

The average includes an extra 11 percent insurers built in with the expectation that President Donald Trump's administration will no longer provide cost-sharing payments, or payments insurers previously got for holding down out-of-pocket costs for lower-income customers. Insurers are still bound by the ACA to provide those customer discounts -- so without the federal payments, they say they must raise their prices on corresponding policies.

Unfortunately, I can't tell whether the 34% figure includes off-exchange policies as well...but given how close the final, approved numbers are to what I had back in August (which did include off-exchange enrollees), I'd say it probably does.