Trump's CSR threat isn't blackmailing Democrats...he's blackmailing REPUBLICANS...whether he knows it or not. 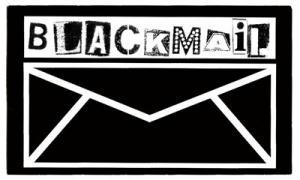 UPDATE 7/17/17: Dusting it off AGAIN because with the Senate GOP's #BCRAP replacement bill supposedly dead, Mitch McConnell is now claiming he's gonna go back to "Repeal/Delay", while Trump is once again threatening to simply "let Obamacare fail completely"...which CSR sabotage would definitely be a part of. Simply substitute the month of "AUGUST" for "MAY" in the entry below.

UPDATE 7/29/17: OK, BCRAP is dead but now Trump is really pissed off and is openly promising (not just threatening) to cut off CSR payments starting in August, which means the following scenario could kick in effective SEPTEMBER.

UPDATE 5/19/17: I'm dusting this off again because it looks like (shocker) Trump has changed his mind again regarding whether or not he'll have HHS continue making CSR payments or not. According to Politico:

Trump said to favor move that could destabilize Obamacare

President Donald Trump has told advisers he wants to end payments of key Obamacare subsidies, a move that could send the health law's insurance markets into a tailspin, according to several sources familiar with the conversations.

Many advisers oppose the move because they worry it will backfire politically if people lose their insurance or see huge premium spikes and blame the White House, the sources said. Trump has said that the bold move could force Congressional Democrats to the table to negotiate an Obamacare replacement.

Lawyers and other administration officials are trying to thread the needle.

Trump told aides in a Tuesday Oval Office meeting that he wants to end the payments to insurers, according to people familiar with his comments. Trump has previously expressed conflicting opinions on the issue. Insurers have been pressing for certainty as they plan for next year.

...In a statement, the administration said the White House has told Congress it will continue the payments through May but no commitment has been made beyond that.

“No final decisions have been made at this time, and all options are on the table," the statement said.

As it happens, the latest 3-month stay of Judge Collyer's decision (ironically requested by the House GOP) happens to run out...next week. I presume that at that point, the Trump Administration can either request another 3 month stay or drop their appeal and therefore stop making payments to the carriers. It sounds like that's what Trump is talking about here.

As I warned back in September, again in November, and yet again a few weeks ago:

As noted later in my September post, this analysis was provided to me by a trusted source, and Prof. Bagley said that a cursory read of it suggests that yes, it does seem to be accurate:

The typical agreement a QHP issuer enters into if selling on the FFM requires them to keep the policy in force for the entire calendar year. [This exit clause] gives them option to term the policy abruptly if the Courts rule, or a Trump administration decides, that it won't pay CSR offset payments to carriers. Because this won't hit the Supreme Court until late 17 or early 18, I think this is as much about assuaging carriers fears of a Trump admin trying to destroy the marketplaces as anything else.

In other words, a Trump administration could come in the office on January 20 immediately directing the treasury secretary to not make the February 1 payment for CSR (and only pay the APTC) that month.

This would be devastating in two different ways.

First, it would immediately cut off Cost Sharing Reduction payments for perhaps 6-7 million people starting in February. This is the financial assistance to people below the 250% Federal Poverty Level who are enrolled in Silver exchange policies which covers a large portion of their deductibles and co-pays.

Even more nightmarish, however, is that under this scenario, the "exit clause" appears to give the carriers the contractual right to terminate existing policies immediately. As in, not 12/31/17, but January 31st, 2017...just 11 days after Trump is inaugurated (and, as it happens, the last day of the 2017 open enrollment period).

The January dates need to be changed to May 31st, but the rest still holds. There are two potential mitigating factors here: First, there may be state laws in place which would prevent the carriers from terminating policies mid-year as long as payments are being made; second. doing so would be a PR nightmare for the insurance carriers above and beyond the political fallout for the GOP.

So far, the Trump administration has authorized CSR payments for February, March and April...but if the Politico story is accurate, it's still quite possible that Trump will pull the plug on them starting as early as May 1st (or June, or July...)

Yes, that's right: There's an outside possibility that several million people could have their policies terminated as early as May 31st, 2017.

So why am I reposting this yet again? Here's why:

House Democratic leader Nancy Pelosi spoke by phone last night with White House budget director Mick Mulvaney, and Mulvaney took the White House’s threat to sabotage the Affordable Care Act to a new level — its most serious yet, according to an account of the call provided to me by a Democratic aide familiar with the conversation.

On the call, Pelosi reiterated the Democratic position on the so-called “cost-sharing reductions” (CSRs), which subsidize lower out-of-pocket costs for millions of Americans. Democrats are insisting that these payments — which the administration has been making but has threatened to cease — must be included in Congress’ forthcoming spending bill to make sure that they continue. If they don’t, insurers, facing a big financial loss, would probably flee the individual markets, causing them to melt down.

But Mulvaney told Pelosi that the administration might not make its payment next month, the aide tells me. And not only that, Mulvaney “made clear that absent Congressional action, the administration would cease making payments,” the aide adds. A spokesman for Mulvaney didn’t immediately respond to an email requesting comment.

In other words, Trump's OMB Director just stated point-blank that if Congress doesn't officially lock in CSR payments via legislation, the Trump Administration will stop making the CSR payments, potentially as early as May 1st.

IF they did that, pretty much every one of the carriers would follow one of three courses of action:

Since any or all of these outcomes would fall squarely on the heads of the GOP, this means that Mulvaney isn't actually blackmailing the Democrats with CSR cut-offs...he's blackmailing Paul Ryan and the GOP-held Congress over it whether he realizes it or not (and I'm pretty sure that'd be "not").

UPDATE: I've verified most of the "exit clause/worst-case scenario" stuff above with someone in a position to know such things. They confirmed that I have it mostly correct, but it turns out that the exit clause in question only applies to the federal exchange, not the state-based marketplaces. There may be similar clauses in the SBM contracts as well, but they couldn't confirm that. In short:

My guess is that most of them would probably decide to keep the contracts in place through the end of 2017, eat the losses and then sue the federal government...following the same path as the Risk Corridor Massacre.

Then again, you never know.

UPDATE: It's also important to note that CSR funding (for 2 years only, but still) is already included in both the House and Senate versions of Trumpcare:

There is appropriated to the Secretary of Health and Human Services, out of any money in the Treasury not otherwise appropriated, such sums as may be necessary for payments for cost-sharing reductions authorized by the Patient Protection and Affordable Care Act (including adjustments to any prior obligations for such payments) for the period beginning on the date of enactment of this Act and ending on December 31, 2019. Notwithstanding any 10 other provision of this Act, payments and other actions for adjustments to any obligations incurred for plan years 2018 and 2019 may be made through December 31, 2020.

There is appropriated to the Secretary of Health and Human Services, out of any money in the Treasury not otherwise appropriated, such sums as may be necessary for payments for cost-sharing reductions authorized by the Patient Protection and Affordable Care Act (including adjustments to any prior obligations for such payments) for the period beginning on the date of enactment of this Act and ending on December 31, 2019. Notwithstanding any other provision of this Act, payments and other actions for adjustments to any obligations incurred for plan years 2018 and 2019 may be made through December 31, 2020.

Of course, in both cases, the CSR appropriation section goes on to cut off CSR funding altogether after 2 years, so permanent funding of CSRs would simply edit this paragraph down a bit to something like the following:

There is appropriated to the Secretary of Health and Human Services, out of any money in the Treasury not otherwise appropriated, such sums as may be necessary for payments for cost-sharing reductions authorized by the Patient Protection and Affordable Care Act (including adjustments to any prior obligations for such payments) for the period beginning on the date of enactment of this Act. Payments and other actions for adjustments to any obligations incurred for plan years 2018 and later will be made.