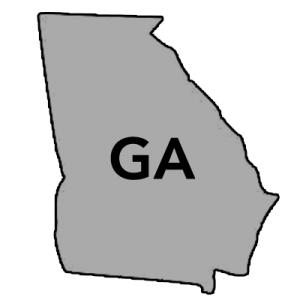 “Today my office submitted 2018 Obamacare rates to Washington D.C. for approval,” Hudgens said. “In its fifth year, Obamacare has become even more unaffordable for Georgia’s middle class with potential premium increases up to 57.5 percent. I am disappointed by reports that the latest Obamacare repeal has stalled once again and urge Congress to take action to end this failed health insurance experiment.”

A summary of the filed rate increase percentages from insurers who intend to offer individual coverage in Georgia for 2018 can be found on the Insurance Department’s website at www.oci.ga.gov/Other/ThisAnnouncement.aspx?ID=1091. CMS will post information on their final approved rates at https://ratereview.healthcare.gov.

Open enrollment for the Marketplace begins Nov. 1, 2017, and ends Dec. 15, 2017. Consumers are encouraged to contact a local insurance agent or visit Healthcare.Gov to learn more about plan options and pricing for 2018.

If that isn't a particularly professional-sounding press release from the state insurance commissioner, you shouldn't be surprised: This is the same GA Insurance Commissioner Ralph Hudgens who, on August 27, 2013, said the following:

Well, mazel tov, Mr. Hudgens, because between your "grinning obstruction" that you bragged about and a laundry list of other types of sabotage and undermining of the ACA over the years, combined with more recent sabotage efforts by the Trump Administration and, yes, some legitimate issues within the law itself, you've managed to get exactly what you wanted. Here's the final, approved rate changes for the unsubsidized enrollees in the 2018 Georgia individual market:

Anthem is pulling out of about half the state, but is sticking around in the other half; I've confirmed that roughly half of their ~233,000 indy market enrollees will have to shop aroudn for another policy this fall.

Unlike some states which are vague about the impact of CSR reimbursement payments not being made (or at least not being guaranteed) next year, the GA DOI was happy to provide very specific numbers for each of the 4 carriers: Statewide, GA indy market rates are going up 31.5% if CSR payments are locked in (which they won't be)...or 54.2% if they aren't (they won't). That means a full 22.7 percentage points of next year's rate hikes, or about 42% of it, is being caused specifically by the CSR issue.

As it happens, I've also confirmed that at least one of the four carriers, Alliant, plans on utilizing the Silver Switcharoo Gambit, which means that the most of their 26,000 indy market enrollees should not only be protected from these huge hikes but may even come out significantly ahead...but I don't know how the other three are approaching the situation. If they don't do the Silver Switcharoo, unsubsidized enrollees are in deep trouble, and it won't be great for unsubsidized folks even if all 4 carriers do so.