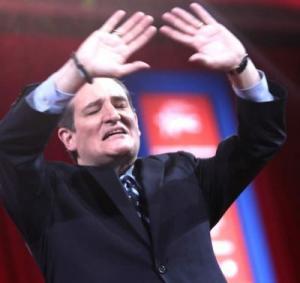 (sigh) I'm not really sure what the point of even writing about this is since it doesn't include the Cruz-Lee amendment which is supposedly the only thing keeping the ultra-conservative wing of the GOP Senate on board with BCRAP in the first place, but whatever:

CBO and the staff of the Joint Committee on Taxation (JCT) have prepared an estimate of the direct spending and revenue effects of the version of H.R. 1628, the Better Care Reconciliation Act, posted today on the Senate Budget Committee’s website.

By the agencies’ estimates, this legislation would lower the federal budget deficit by reducing spending for Medicaid and subsidies for nongroup health insurance. Those effects would be partially offset by the effects of provisions not directly related to health insurance coverage (mainly reductions in taxes), the repeal of penalties on employers that do not offer insurance and on people who do not purchase insurance, and spending to reduce premiums and for other purposes.

In fact, according to the CBO report, you'd basically be looking at 2 million people shifting from employer coverage to the individual market:

Compared with the previous version, this legislation would have similar effects on the number of uninsured people. Estimates differ by no more than half a million people in any year over the next decade. Under this legislation, the decline in average premium for a benchmark plan in the nongroup market relative to those under current law would be about 25 percent in 2026, compared with 20 percent under the previous version, because of the increased funding for the State Stability and Innovation Program. As a result, more people would purchase nongroup coverage through the marketplaces, and fewer would receive coverage through their employer—resulting in little change in the number of people uninsured.

To be honest, I'm not entirely sure I follow the 2 million ESI loss reasoning, but even if that's flawed, you're still talking about a good 20 million losing coverage. Knock off a couple million more to account for the "March 2016 vs January 2017 baseline" debate and you're still talking 17-18 million...oh, and for those who wouldn't lose coverage...

The one thing everyone agrees on about Obamacare is that deductibles are just too darned low, dammit! BCRAP 2.0 nips that problem in the bud:

Under this legislation, for a single policyholder purchasing an illustrative benchmark plan (with an actuarial value of 58 percent) in 2026, the deductible for medical and drug expenses combined would be roughly $13,000, the agencies estimate. CBO and JCT’s projections are for benchmark plans that are illustrative in that they do not include any cost sharing reductions that might be implemented through the State Stability and Innovation Program and they would not provide any benefits before the deductible was met, except for preventive care. For plans providing some benefits before the deductible was met, such as a limited number of primary care visits or generic drug purchases, the deductible would be higher.

I'm gonna leave it at that, though, because without including the Cruz amendment, this CBO score is kind of meaningless, except to underscore the point that Trumpcare sucks no matter how you slice it. Bottom line: The details may vary, but if you slash hundreds of billions of dollars in healthcare spending, millions of people will lose coverage. Really no way around that.