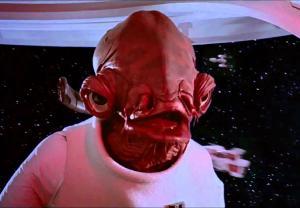 3/22/17: Now that the GOP is apparently going to try and cram through killing off Essential Health Benefits and so forth in the #Trumpcare bill after all, it seems like a good time to repost this.

For years now, the Holy Grail of healthcare policy for progressives has been Universal Coverage (UC): Every single person receiving guaranteed, comprehensive, quality, affordable healthcare coverage. For most progressives, the means for paying for universal coverage is envisioned as a Single Payer (SP) system...which simply means that people pay taxes to the federal government, which in turn pays the medical bills to doctors, hospitals and other healthcare providers (note that neither UC nor SP have anything to do with Socialized Medicine (SM), in which all of the doctors/hospitals work for & are controlled directly by the government).

One of the complaint talking points used by critics of the ACA--and a reasonable one to a point--is that "health insurance isn't the same as health care". In other words, just because you're enrolled and paying for a health insurance policy doesn't absolutely guarantee that you'll actually receive the type of medical care you actually need; this is where things like high deductibles and limited networks come into play.

Well, the Republican Party has decided to take "guaranteed insurance isn't the same as guaranteed care" one step further: Their plan doesn't guarantee either:

House Republicans, responding to criticism that repealing the Affordable Care Act would leave millions without health insurance, said on Thursday that their goal in replacing President Obama’s health law was to guarantee “universal access” to health care and coverage, not necessarily to ensure that everyone actually has insurance.

In defending the Affordable Care Act, the Obama administration, congressional Democrats and advocacy groups have focused on the 20 million people covered by the law, which has pushed the percentage of Americans without health insurance to record lows. The American Medical Association recently said that “any new reform proposal should not cause individuals currently covered to become uninsured.”

But House Republicans, preparing for a rapid legislative strike on the law next month, emphasize a different measure of success.

“Our goal here is to make sure that everybody can buy coverage or find coverage if they choose to,” a House leadership aide told journalists on the condition of anonymity at a health care briefing organized by Republican leaders.

...The House leadership aide said that lowering the cost of insurance was a much better way to encourage people to opt in.

Well, yes, it's true that if you lower the cost of anything, people are more likely to buy it. However, there's one tiny problem with this theory:

“We would like to get to a point where we have what we call universal access, where everybody is able to access coverage to some degree or another,” the aide said. “Over the past six years, if you look at the experience we’ve had with the A.C.A. rollout, chasing coverage doesn’t necessarily yield great outcomes. You can have people going into an exchange, finding out that their pediatrician is no longer available to them.”

The Republican Party is gonna push the catchphrase "Universal Access" as if this is a positive. The real catchphrase to remember is "...To Some Degree Or Another".

The main reason (unsubsidized) ACA-compliant policies are getting to be so expensive is because of the provision preventing people from being denied coverage (or charged more) for having pre-existing conditions. This applies to up to 52 million people nationally, or over 16% of the population.

The GOP's "solution" to this is to shove those people off to the side into a separate "High Risk Pool"...which they plan on funding with anywhere between $1 billion - $2.5 billion per year...except that it would actually cost anywhere from 70 - 180 times that much to actually pay for treating these folks:

Price would also use high risk pools to provide coverage for those with pre-existing conditions who couldn't get policies on the individual market. In addition to current funding, he would provide $1 billion annually over three years. This is significantly less than Ryan's plan, which calls for $25 billion in funding over 10 years.

Covering the majority of uninsured Americans with pre-existing conditions through a national high risk pool would cost an estimated $178 billion a year, according to a 2014 Commonwealth Fund report.

Guess what happens when you severely underfund a program and only provide a tiny fraction of the funding needed to run it properly? Either those participating in it have to foot the rest of the bill, or the service they receive ends up being a similar tiny fraction of what they need:

Premiums above standard non-group market rates – All state high-risk pools set premiums at a multiple of standard (i.e., typical or average) rates for medically underwritten coverage in the non-group market, usually 150%-200%. Fifteen pools provided low-income premium subsidies that varied in comprehensiveness.  The Oregon pool, for example, discounted premiums 95% for enrollees with income up to 185% of the poverty level, while the New Hampshire pool provided a 20% premium discount for enrollees with income below 200% FPL. Other pools required people to pay the full premium, regardless of income.

...A small number of states capped or closed enrollment to limit program costs, though enrollment caps were not allowed for HIPAA-eligible individuals.  Limiting enrollment, directly or indirectly, was a key strategy to limit the cost of high-risk pools to states.  By design, all state high-risk pools experienced net losses – that is, expenses greater than premium revenue.

But hey, they'd receive "access" to coverage "to some degree or another".

A second major cause of premium/deductible hikes is that the ACA requires qualifying policies to cover 10 essential benefits...

...as well as a whole mess of preventative care services at no additional charge:​

Oh, yes...another reason for the rate hikes is that the ACA also removes the annual and lifetime maximums for claim payments by the insurance carriers. This is pretty important if you're undergoing expensive chemotherapy sessions, for instance, which could max you out within months prior to the ACA.

The GOP's "solution" to this--as far as I can tell, because they haven't actually said what their "replacement" plan would or wouldn't include--is to strip away some, most or potentially all of those coverage requirements, bringing things back to the days of "Mini-Meds":

Wow, $2,000 in benefits per year? Awesome! That's enough to cover...um...one day in the hospital per year, and absolutely nothing else whatsoever!

"Mini-meds" are otherwise known as "Junk Policies", as noted from this pre-ACA exchange ABC News article from 2012:

Consumer Reports is warning against so-called "mini-med" health plans that offer limited protection, usually at lower cost, but with sky-high deductibles that can leave the insured paying thousands out of pocket.

Mini-med health plans tend to appeal to industries such as retail, temporary staffing agencies and food service, according to the consumer group. The employers want to show that they have something extra to offer their staff, but, in reality, the plans offer little to no coverage, said report author Nancy Metcalf, senior program editor at Consumer Reports who writes the "Ask Nancy" blog about health insurance.

"There is this persistent dream of consumers that, if they only look hard enough, they'll find really good insurance that costs a lot less," said Metcalf. "It's not going to happen. There's no such thing as a bargain on health insurance. If it's cheap, it's cheap for a reason."

Mini-meds offer a limited benefit health plan with extensive restrictions to those under the age of 65. Most plans cap benefits at a few thousand dollars per year. While many of these companies maintain that these plans are better than no insurance at all, Metcalf argues that some people may be better off without any insurance rather than making monthly payments to a plan that will probably not give adequate coverage when needed.

Granted, "sky-high deductibles" are already a problem for many enrollees under the ACA as well...but at least you get the full coverage list above in return. As for the GOP's replacement? I have no idea (since they haven't decided yet), but I'm guessing it's gonna be along the lines of this:

Of the 30 policies currently active, 14 are prescription drug discount cards and another 12 are a dental and vision discount plan. The rest are plans offering discounted doctor visits and online support.

But hey...that's still offering "access" to "coverage" "To Some Degree Or Another".