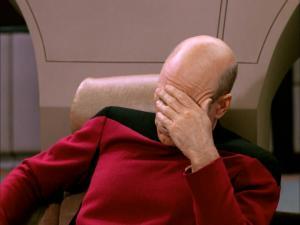 Many in Florida Count on Obama’s Health Law, Even Amid Talk of Its Demise

MIAMI — Dalia Carmeli, who drives a trolley in downtown Miami, voted for Donald J. Trump on Election Day. A week later, she stopped in to see the enrollment counselor who will help her sign up for another year of health insurance under the Affordable Care Act.

“I hope it still stays the same,” said Ms. Carmeli, 64, who has Crohn’s disease and relies on her insurance to cover frequent doctor’s appointments and an array of medications.

Mr. Trump and Republicans in Congress are vowing to repeal much or all of the health law, a target of their party’s contempt since the day it passed with only Democratic votes in 2010. If they succeed, they will set in motion an extraordinary dismantling of a major social program in the United States.

Once again, this is all I can say:

'I never thought leopards would eat MY face,' sobs woman who voted for the Leopards Eating People's Faces Party.

UPDATE 11/28/16: Good heavens! They've prowled their way over to Huntsville, Tennessee as well!!

Again and again, President-elect Donald Trump presented himself as the coal miners’ candidate. During the campaign, he promised to bring coal back into the economy, and jobs back into struggling Appalachian towns.

But now some in coal country are worried that instead of helping, Trump’s first actions will deprive miners — and their widows and children — of the compensation they can receive if they are disabled by respiratory problems linked to breathing coal mine dust.

That’s because buried in the Affordable Care Act are three sentences that made it much easier to access these benefits. If Trump repeals Obamacare — as he vowed to do before the election — and does not keep that section on the books, the miners will be back to where they were in 2009, when it was exceedingly difficult to be awarded compensation for “black lung” disease.

...Sue Toler takes issue with Trump’s way of talking, and she isn’t sure about his plan to get miners back to work. “I’ve got mixed feelings about that … I watched my husband suffer,” she said. “But if it’s good for the country, then I’m all for it.”

To her, though, it would be sad if black lung benefits like her husband’s got taken away after the 22 years of suffering that preceded his death.

“He couldn’t breathe, and that just kept getting worse. He just died a little bit every day, and there was nothing you could do about it,” she said. “Words can’t describe what somebody goes through when they are dealing with black lung.”

Her brother-in-law is “dealing with that now,” she added. “I’ve seen him walk through the house when it looked like he was going to draw his last breath, and I had held my own breath until he was able to set down.”