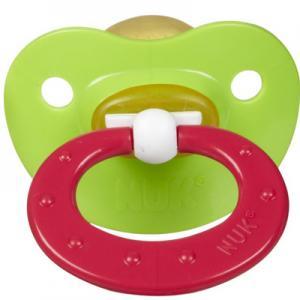 Ah. OK. Well, this time it's different, because this time, the Republican-controlled Senate has signed onto repealing the ACA as well, which means that it'll actually make it as far as President Obama's desk for once, requiring him to...pull out a pen and veto it.

Paul Waldman explains the reason for the dog and pony show:

...as Majority Leader Kevin McCarthy puts it, that’s the goal: “With this bill, we will force President Obama to show the American people where he stands.”

At last, the American public will finally learn whether Barack Obama supports Obamacare. Your days of keeping the public in the dark about this are over, Mr. President! Meanwhile, a spokesperson for Heritage Action, which exists to enforce conservative purity, has this to say about Congressional Republicans: “Now, we have some reason to believe they will actually deliver on that promise” to repeal the law. Because the first 61 votes left things in doubt.

It’s hard not to mock. But it opens a window on what new Speaker Paul Ryan is really up to. He has a tricky balancing act to achieve, and he’s already sacrificed his own personal popularity in order to do it. But so far it seems to be working.

Ryan’s single most important objective is to keep his House from doing anything over the course of the next eleven months that will make it less likely that a Republican wins the presidential race.

...But the more visibly radical Congress is, the less likely that outcome becomes. Minimizing that visible radicalism means no government shutdowns, no default crises, and as little screaming and yelling from the party’s right wing as possible. Which is why Ryan engineered the passage of a budget three weeks ago that didn’t give conservatives much of what they wanted, but succeeded in removing the possibility of more budget crises in the near future.

In other words, the teabaggers are feeling crabby, so House Speaker Paul Ryan is shoving an Obamacare Repeal Nuk in their mouths to shut them up for the next 11 months to get them to shut the hell up until after the election.

UPDATE: The pacifier is officially in their mouths. I repeat: THE INFANTS ARE OFFICIALLY SUCKING:

Members of the House have paved the way for a showdown with the White House by voting to pass H.R. 3762, a bill that would kill key sections of the Patient Protection and Affordable Care Act (PPACA) that affect Medicaid and the commercial health insurance market.

Yes, that's right: For the 62nd time, the House Republicans have voted to take away:

On a related note, here's some of the improvements to pediatric care under the ACA (note: this is from 2013, so some of the details may have changed since then):

Children aged younger than 19 years also can no longer be denied health insurance coverage because of a preexisting condition. Families can choose a pediatrician as their child’s primary care physician. The American Academy of Pediatrics (AAP) offers online resources at www.aap.org that are specific to each state to give information and support to both parents and pediatricians in search of a health insurance plan that appropriately covers the needs of families and their children. Education on working with the new ACA marketplace and answers to questions on how parents can best evaluate insurance plan options are provided on the AAP website, www.healthychildren.org.

The new private health plans that have emerged because of the ACA must cover the cost of preventive care for pediatric patients. These preventive services have been written into the essential health benefit (EHB) provisions in force under the ACA. Defined as services for those younger than the age of 19 years, such preventive health services will be part of all marketplace health plans and many others without the requirement of a copayment or coinsurance, or the need to meet a yearly deductible. The list of pediatric preventive health services is extensive and includes screenings for blood pressure, depression, and obesity, and well-child checkups and immunizations. Perhaps the greatest impact will be felt through the inclusion of dental and vision services for children.