Minnesota: "A couple hundred" enrollees in first hour of Day One 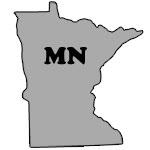 OK, this isn't an official exchange update, and it only covers the "first hour after opening" on Sunday, but aside from Maryland, this is the only hard number I have so far; from Sunday's Wall St. Journal:

The federal exchange, HealthCare.gov, opened for business Sunday and will serve 38 states that rely on the marketplace. California’s state-run exchange is launching a 38-stop bus tour to get the word out about signing up and re-enrolling for coverage. Minnesota’s exchange had a couple hundred people sign up in the first hour after opening in the morning with no signs of any technology problems.

“We’re not expecting a whole lot of enrollment because it’s a 60 degree day on a Sunday, but so far so good,” said Shane Delaney, a spokesman for MNsure. The state exchange has hundreds of brokers and navigators geared up to assist consumers.

The WSJ article also includes some other noteworthy bits:

Independence Blue Cross brought out a tractor trailer dubbed “Independence Express” at a shopping center in suburban Philadelphia with licensed agents and computers on board. They also saw calls from consumers looking to re-enroll for coverage Sunday.

...Saumya Narechania, national field director for Enroll America, said churches and temples in Cincinnati, Ohio, were enrolling consumers. An event in Charlotte, N.C., had one or two customers lined up before the sign-up assistance kicked off. More than 2,000 people have made appointments for in-person assistance in the next seven days, he said. The organization is a key supporter of the health law.

As I noted with Maryland (1.02% of all 2015 Open Enrollment QHP selections), Minnesota tallied just 0.51% of 2015 QHPs (59,704). While it's obviously silly to make any assumptions based on one hour from one day from one state, this actually fits with my Sunday Maryland numbers: