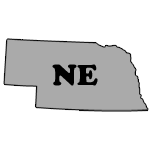 With 47 states plus DC under my belt, at this point I'd say I have a pretty good feel for the overall national premium rate increase scene; it still looks like around 12-14% nationally on average, ranging from a low of under a 1% average hike in Maine and Indiana to a high of 40% or so in Alaska and Minnesota.

However, I admit it would be nice, as a point of personal pride, if I could squeeze in the last three states: Nebraska, Pennsylvania and Wisconsin. Fortunately, Louise Norris has brought to my attention the fact that the Nebraska Dept. of Insurance has issued the final approved rate changes for the individual market:

In 2015, there were three carriers offering individual plans in the Nebraska exchange: Assurant, Blue Cross Blue Shield of Nebraska, and Coventry. Assurant announced in June that they are exiting the individual market nationwide, and their plans will not be for sale during the 2016 open enrollment that starts November 1. But two new carriers are joining the Nebraska exchange for 2016: UnitedHealthcare of the Midlands, and Medica.

The Nebraska Department of Insurance has published final approved rates for 2016, including premium amounts for 15 different sample scenarios. The approved rate changes are:

In addition to BCBSNE (41,500 enrollees) and Coventry (32,832 enrollees), UHC also does have about 3,300 people enrolled in off-exchange ACA-compliant policies at the moment. Add these up and they come to 77,600 total.

In 2014, Nebraska's total individual policy market was roughly 120,000 people, but I'm assuming that roughly 30,000 of those are still on "grandfathered" or "transitional" plans, leaving around 90,000 or so ACA-compliant enrollees. If so, that leaves around 12,400 people enrolled in policies with companies requesting lower than 10% increases.

Assuming around 7% for the remaining enrollees, you get something like the following:

Assuming I'm in the ballpark here, that means that if every Nebraskan on the individual market stays put, they're looking at roughly a 16.2% average premium increase next year.

However, as Louise and I always stress:

So although Blue Cross Blue Shield and Coventry will both experience relatively steep rate increases, the addition of UnitedHealthcare and Medica will give consumers other options from which to choose – highlighting the importance of shopping around during open enrollment rather than simply letting an existing plan auto-renew.