What's Medicaid Called in YOUR State? 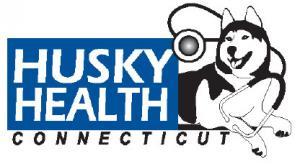 A Twitter discussion with Andrew Sprung, along with my own prior grumbling about this issue, led me to actually compile the following list of just what "Medicaid" is actually called in each state.

Our discussion was specifically about some seemingly odd data he found in the U.S. Census Bureau's official healthcare coverage report released the other day; he was perplexed as to how come poor people seemed to increase their rate of private healthcare coverage while less-poor people increased their publicly-funded coverage, which seems rather backwards. In any event, one of the reasons noted by myself and "HotWxTakes" is that it's likely that a large number of those responding to the survey may have simply gotten confused as to whether their own coverage falls into the "private" or "public" category...most notably, confusion over "Medicaid". As I noted, "Medicaid" is operated at the state level, not federal, and is run under different names in different states, making some amount of confusion understandable.

With that in mind, I decided to compile a handy list of each state and what their implementation of the Medicaid program is called. I assumed that there would be some government website I could link to which had them all in a nice, easy-to-read table, but was surprised (or perhaps not so much) to discover that there doesn't appear to be one.

Fortunately, I was able to find this Excel spreadsheet from the State Health Access Data Assistance Center (SHADAC), which is not an actual government agency but which does some very good work which occasionally overlaps what I do here at ACASignups.net.

Since their data is in spreadsheet format, not an actual web page, I've reformatted it into an image file...and it's jaw-dropping to discover that not only does Medicaid itself operate under more than 100 different names (some states have several separate or overlapping Medicaid programs), but that when you include CHIP and "other" state-funded healthcare programs the total number swells to over 200.

Going back to my main point: Of the 106 different Medicaid programs, only 15 of them (from just 12 states) have the word "Medicaid" in their actual publicly-branded name. For instance, in Connecticut, "Medicaid for Low-Income Adults" is referred to as "HUSKY Part D". In Wisconsin, their main Medicaid program is called "BadgerCare", but they do have another variant called "Wisconsin Medicaid Purchase Plan" or MAPP for short.

I can't imagine why that would confuse anyone...

Note: Oddly, while Alabama, Nebraska, New York, North Carolina, North Dakota and Wyoming all have "other" state-funded programs listed in the SHADAC spreadsheet, the don't have any actual Medicaid programs listed for some reason...

UPDATE: I've managed to fill in the missing 6 states; 4 of them do indeed use "Medicaid" in the title: