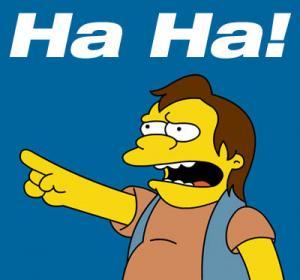 It's possible that I'm completely misunderstanding the significance of this development, because so far GottaLaff of RadioOrNot.com is the only one I've seen talking about it...but if she and I are understanding it correctly, this is (as Donald Trump would put it) HUGE:

Breaking: Birth Control Coverage Guaranteed for All  — Despite Religious Exemptions

A new rule issued by the Obama administration’s Department of Health and Human Services (HHS) on Friday affirmed that, even given the religious exemptions provided by the Supreme Court’s ruling in Burrell v. Hobby Lobby last year, all women will still be able to get coverage for all forms of birth control through the Affordable Care Act.

Under the new regulations, employers with moral objections to certain forms of contraception must tell their insurance company or the federal government. The insurance company will then need to take responsibility for providing the coverage — thus ensuring that women will have access to all forms of birth control at no cost, no matter where they work.

Holy smokes. Assuming this passes legal/constitutional muster, it's an incredibly clever workaround to one of the more repugnant decisions to come out of the Supreme Court in recent years. The article is a bit fuzzy about how it would work, but it seems to me the way it would go is:

1. Self-Righteous Employer® fills out some sort of official "Declaration of Tight-Ass Club Membership" form and submits it to the HHS Dept. (which then passes it along to the employer's insurance company) or to their insurance company directly.

2. Insurance company plugs their customer (SR Employer®) status into a new "Tight-Ass" field in their database.

2. Employee of S-R Employer® takes prescription to their pharmacist.

4. Employee receives their birth control pill, IUD or whatever and is free to have sex...as well as, if they like, help balance out their menstrual cycles, ease menstrual pain, treat hirsutism and fibroids and so forth.

As far as I can tell, this will mean a bit of extra paperwork and/or database coding updates for the Large Group insurance companies, who I'm sure will grumble about it...but if they have a problem with it, they should put the blame squarely where it belongs: On companies run by troglodytes which caused the need for such a workaround in the first place.