30 Million (or, it's a lot more than just exchange QHPs)

When I added all of these up, the grand total ended up being somewhere between 24 - 29 million people, depending on your definition of what should "count" or not (some feel that "woodworker" Medicaid enrollees shouldn't be counted; others felt that the "Sub26er" number was actually lower than the number touted by the HHS Dept, etc).

This year, I've overhauled and simplified The Graph quite a bit:

All that being said, if I add everything up together, just how many people are enrolled in their current policies due to the Affordable Care Act or related provisions?

Add up all of the above and you get over 30 million people if you include the 3.3 million woodworkers. Even if you don't include them, if I prove accurate with my final surge projection, there should be about another 1.6 million exchange enrollees/900K more off-exchange added over the next week, plus hundreds of thousands more Medicaid expansion enrollees throughout the year (no deadline for Medicaid, remember?). Realistically, 30.2 million at a minimum.

Consider this: That's 10% of the entire country in the first 4 years.

UPDATE: I've also re-combined the QHP & Medicaid graphs back into a single image, along with off-exchange QHPs and SHOP (such as it is), assuming my projections through 2/15 hold true. The result will look familiar to anyone who followed the original graph last year (click below for full-sized version): 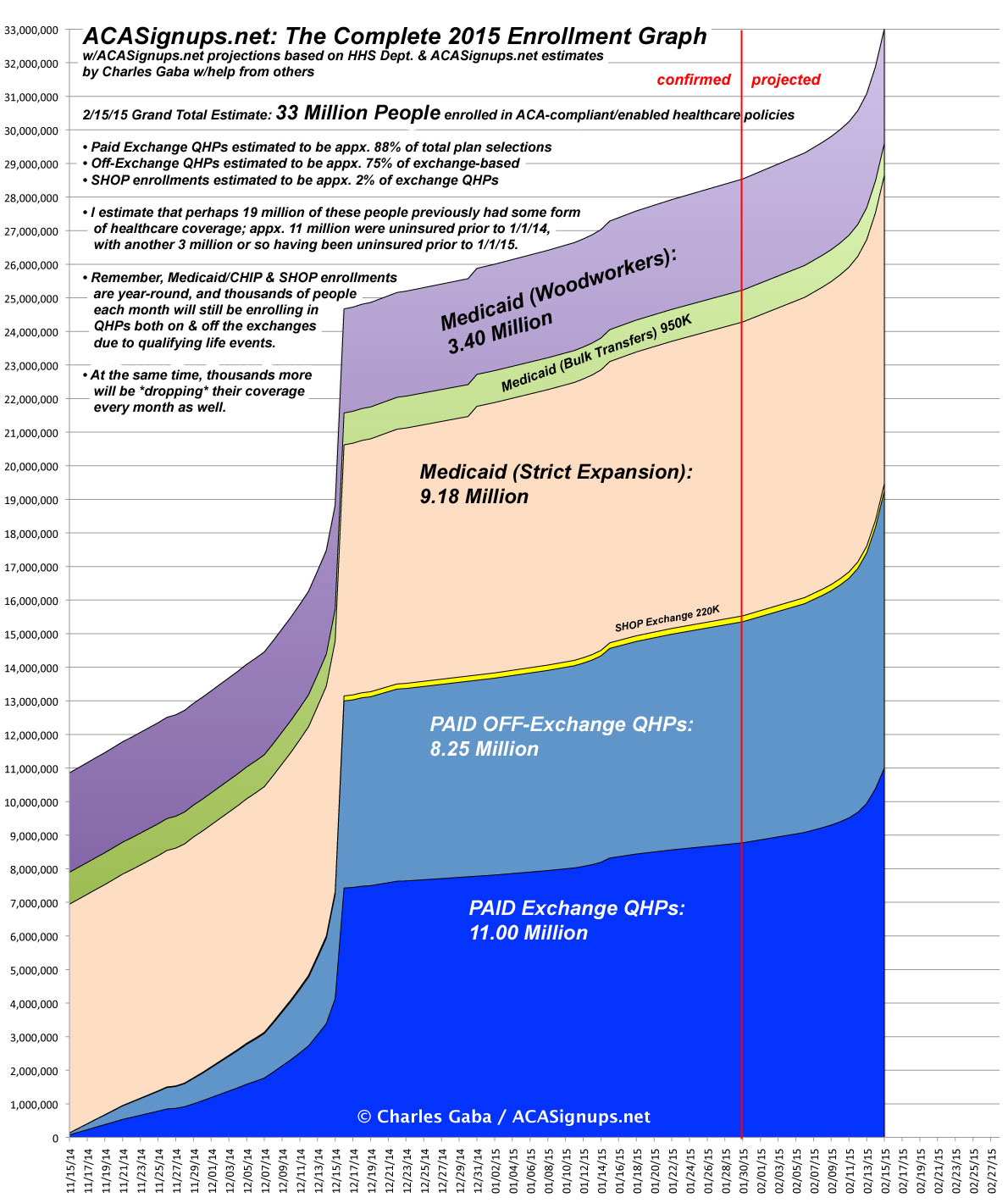