The December Surge Has Begun.

As I noted in my nightly newsletter last night:

I've projected that total QHP enrollments nationally hit around 1.57 million as of Friday (12/05) night (of which about 1.18 million should have been via HC.gov).

As of last night (Sunday the 7th), the totals should be roughly 1.74 million nationally (1.30 million HC.gov). Until now, enrollments nationally should have been averaging roughly 75-80K/day (except for a lull on Thanksgiving, of course).

As you can see on The Graph, however, I now expect things to start ramping up dramatically: Likely 200K/day for 9 days straight, hitting around 3.4 million manual enrollments via either renewals, re-enrollments or brand-new enrollments through the 14th.

Then, on December 15th, I'm expecting something like 3.5 million current enrollees to be auto-renewed all in one shot, plus another 200-300K manual enrollments that day alone, which should push the total well over the 7 million mark.

After that things will likely die down considerably, although there will still be a "residual surge" in the 5 states with deadlines after the 15th for January coverage (Idaho, Maryland, Massachusetts, Rhode Island & Washington). I figure perhaps another 500K will come in from those 5 states alone over the week from the 16th - 23rd, virtually all of which would likely be renewals (either manual or automatic, depending on the state).

On the other hand, while it's less likely to happen this year, some states and/or HC.gov may bump out the January deadlines again the way they did last year, in which case all bets are off.

At that point we're onto the February enrollments, which should be relatively quiet...but who knows?

I expect to be making some modifications to my January 15th and February 15th (final) estimates soon, but am waiting to see how close I am on the 3rd Week HC.gov numbers (which will run through last Friday) before doing so. 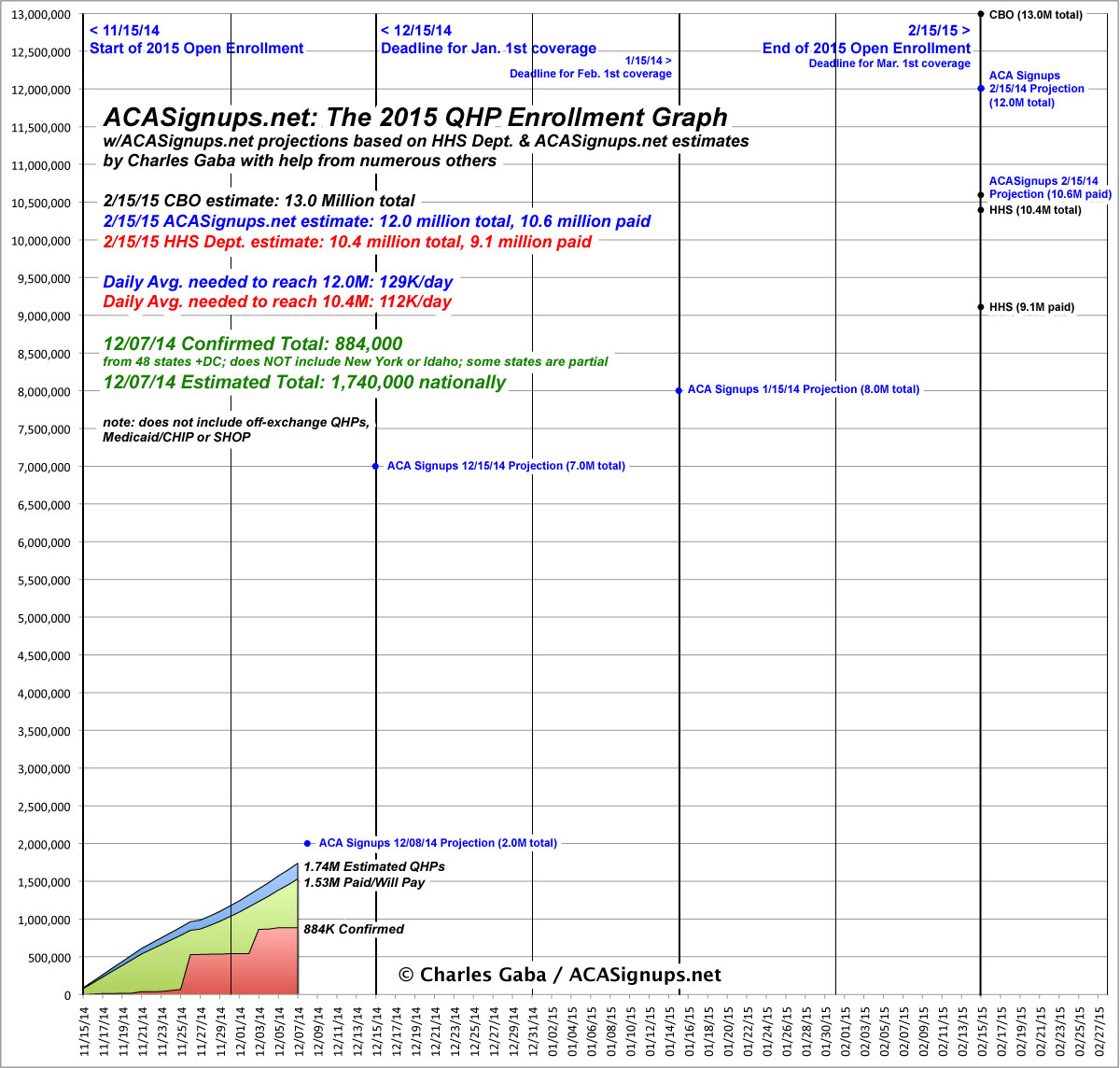