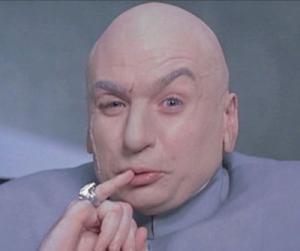 On November 24th I took a shot at estimating how many 2015 QHP (qualified health plans) had been enrolled in as of the first week of the new open enrollment period. Based on the extremely limited data I had available from a handful of state exchanges, I internally estimated it was probably close to 500,000 nationally...but in the interest of caution, publicly went with 410,000.

Two days later, the HHS surprised everyone with an announcement that the actual number for the first 7 days was 462,000...for Healthcare.Gov alone.

Since around 75% of the total enrollments are likely to come from the federal exchange (Oregon and Nevada have been added to it, adding 109,000 current enrollees, while Idaho has moved off onto their own exchange with only 76,000 currently enrolled), a simple extrapolation suggests that the *total* number as of 11/21 was actually more like 610,000.

That means I underestimated by nearly 50%...which is perfectly fine with me. It's one thing to make accurate projections when you have a decent amount of existing data to work with; it's something else when not only do you only have a few days of data from 7-8 states, and even those are extremely limited (some only included renewals, some only included new additions, and some only included a single company out of a half-dozen in the state).

Anyway, now that I have (most) of the first week's data to work with, I'm far more confident in saying that I think as of 11/26 the national total was up to around 965,000 people having selected private policies via the ACA exchanges.

If that's fairly close, of course, that also suggests that the number should break the 1 million mark sometime Friday (it would do so today, but, you know...Thanksgiving).

Now that the HHS Dept. has *finally* decided to release weekly "snapshot" enrollment data for HC.gov (which is what I was hoping they'd do in the first place over a year ago), don't be surprised if they make an announcement on Monday that at least 820,000 people enrolled via HC.gov through Friday...which would mean around 1.1 million people nationally.