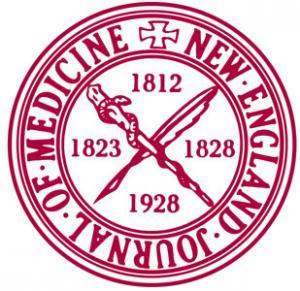 On it's surface, this article isn't anything terribly special (although it is well-written). It's a piece by a physician who has been protesting North Carolina's refusal to expand Medicaid under the ACA.

The reason I'm calling attention to it is because The Graph was cited in the 3rd paragraph (see that tinly "1" footnote at the end of the first sentence):

Since passage of the ACA, 23 million to 28 million Americans have gained access to health insurance through insurance exchanges, Medicaid expansions, and the mandate that children be allowed to remain on their parents' policies until the age of 26.1 Several studies have shown a very concrete benefit of expanding insurance: reduced mortality.2 If a Medicaid expansion in North Carolina achieved similar results, hundreds of deaths per year could be prevented. Less tangibly, millions of citizens have had a weight lifted from their shoulders and can now feel free to change jobs or pursue less lucrative careers as entrepreneurs or artists, assured that they won't have to go without health insurance.

Again, nothing particularly unique here; ACASignups been cited by a lot of different publications over the past year, including healthcare/health insurance trade publications and the like.

However, the NEJM holds special meaning for me. My father was a family physician himself. He passed away from a brain tumor when I was 18, and I decided to go into pre-med at Michigan State, partly because I honestly didn't know what else to do with my life, but partly as a sort of tribute to him. (Oh, and no, he had never pressured me to follow in his footsteps or anything like that; I chose to do this on my own).

Unfortunately, after a year and a half of struggling in pre-med, I realized that I just wasn't cut out to be a doctor, so I gave up pre-med and switched to Science & Technological Studies at the Lyman Briggs School.

Anyway, the point is that along with JAMA and the other staples of the doctor periodical library, the NEJM was a big deal to my dad. He read every issue, and held it in very high regard.

So, while I never became a doctor, I'd like to think that doing what I can to help people be able to afford healthcare--even if it's only documenting & educating people about the impact of the ACA--might be a reasonable next-best-thing. Being cited (even literally as a footnote) by the NEJM means a lot to me.