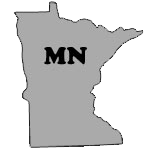 Nice to have an official number, and like the other state-run exchanges which have overhauled their systems, Minnesota's 2015 kickoff is a massive improvement over last year:

Strong Enrollment
Since the 2015 open enrollment period began on Saturday, 1,516 consumers have enrolled in Qualified Health Plans through the MNsure marketplace. By contrast, 406 consumers enrolled in Qualified Health Plans during the first two weeks of the 2014 open enrollment period, meaning MNsure has enrolled four times more people in its first four days than it did last year in two weeks. Also, 765 have enrolled in MinnesotaCare and 2,431 have enrolled in Medical Assistance. MNsure is the only place for Minnesotans to find out if they are eligible for financial assistance such as tax credits, and low-cost or no-cost coverage.