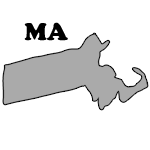 Put another way, MA is starting out the 2015 #OE2 season by enrolling people more than 22x faster than last year.

Looks like Massachusetts fixed its busted #Obamacare exchange: State says it signed up 3,600 people so far this season.

(Technically speaking Massachusetts' eventual QHP total ended up being around 34,000, but with attrition/etc. it has likely fallen back down to around 32K by now anyway, so that's still a pretty fair comparison).

From the Press Release:

Over the weekend, the revamped Exchange attracted a total of 57,208 visitors and enrolled 4,948 into immediate ACA-compliant MassHealth coverage in real-time, a function last year’s website was never able to complete. The remaining 6,972 individuals and families were successfully determined eligible for Health Connector insurance plans. They are now able to take the next steps of shopping for quality, affordable insurance, enrolling in the plans of their choice and paying their first-month premiums, all online in a seamless end-to-end process. 3,600 individuals and families have already selected their plans and 137 have paid their first bill, five weeks in advance of the Dec. 23 deadline to take action for Jan. 1, 2015 coverage.

In addition, note that 4,948 have been added to Medicaid (MassHealth). I'm still trying to figure out how to handle the "Medicaid Expansion" spreadsheet/graph for 2015. The QHP data was easy--I could simply wipe it out and start over, but for Medicaid/CHIP, it's pretty much an ongoing thing, so...