Washington State: At least 150 QHPs on #OE2 Day One 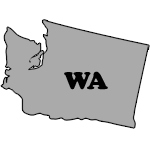 As I posted last night, most of the ACA exchanges seemed to be running pretty smoothly for the launch this year, with two exceptions: CoveredCA, which was having some sort of serious problems throughout the day (I'm not clear how widespread they were), and the Washington Healthplanfinder, which was actually deliberately taken completely offline after only a few hours, and remained offline until this morning:

The problem was noticed during the site’s first hours of operation on Saturday morning, the first day of open enrollment for 2015 plans. The staff decided to take the site down for repairs at 10 a.m.

The good news is that the issue appears to have been fixed, and it didn't impact too many people (of course, that also means that an unknown number of potential enrollees were lost in the interim). In any event, it looks like we also have an unofficial Day One enrollment number, anyway:

In a statement, the exchange said the miscalculation affected fewer than 800 customers, including nearly 150 customers who scheduled payments based on that information. The exchange will be contacting those customers individually to notify them of the corrected figures.

The wording makes it sound like there could be up to 800 people who had already enrolled by 10am, but since WA requires payment of the first premium as part of the enrollment process, I'm assuming that those 150 are the only ones who had completed the process. It's also likely that "150 customers" actually refers to 2-3 times as many actual individuals (ie, 150 policies with several people per household), but in the interest of caution I'll stick with 150 for now. Needless to say, within a week or so none of these first-day numbers should even be perceptible anyway...