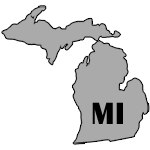 Her point is simple: While progressives may hate much of what he's done in his first term, unlike so many of his ultra-right wing nutbag colleagues, Gov. Snyder has at least shown the occasional moment of decency. Setting up a state-run ACA exchange for Michigan to ward off the fallout from a harmful SCOTUS decision on the King vs. Burwell case would be another such opportunity, which would play directly off of his successful (if belated) push to expand Medicaid for almost half a million Michiganders.