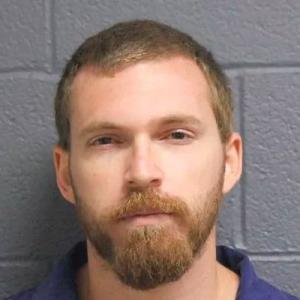 As regular readers of this site know, I make no bones about my personal politics. I'm very much a progressive Democrat, and my ideology comes out from time to time in my commentary. However, I do my best not to allow that to influence the data or how I present it.

When the enrollment numbers sucked, I agreed that they sucked and recommended that the HHS Dept. be forthcoming with the data anyway. When the Hawaii exchange was still subject to the infamous Heartbleed bug a week or so after it was publicized, I called them on it publicly. When states like Massachusetts subjected a couple hundred thousand of their citizens to a shaky, uncertain "limbo" status due to their exchange being screwed up, I didn't try to cover that over. When a solid case was made that the "3.1 million" young adult figure that the Obama administration has been touting for months may actually be only half of that, I presented the argument, the source, the reasoning and make sure to include the lower figure on The Graph. When the RAND Corp. survey claimed that there have been an additional 8.2 million Employer-Supplied Insurance policies since last fall, I declined to add them to the total due to the bold claim and lack of any collaborating evidence (I still list this figure as a footnote, but am not including it on the Graph).

I say all of this because the following is sure to cause quite a bit of controversy...but a) it's related to the ACA, b) it's a serious issue and c) it's horrifying.

First, a little background: Last December, the Michigan Republican Party passed a revolting law which legally prevents any health insurance plan sold in the state from covering abortion except in cases where the woman's life is in danger. Every single Republican in the state Senate and House voted for it, along with (I'm ashamed to say) 3 "Democrats":

The law, which takes effect in March, will force women and employers to purchase a separate abortion rider if they would like the procedure covered, even in cases of rape and incest.

This means, in effect, that since March 13, any woman who needs an abortion has to either pay for it herself or has to buy a separate "abortion rider" to cover the cost, even if she becomes pregnant from being raped.

As humiliating and degrading as the "rape insurance" law is, as Michigan political blog Eclectablog notes, it actually gets far worse, because:

Now we find out that Michigan women who purchase their health insurance on their own (not part of a group insurance plan) don’t have the option to purchase the extra abortion rider on their insurance. The reason? Because the bill passed by Republicans violates an Affordable Care Act provision that prohibits insurers from offering riders to standard insurance. In other words, their law makes it impossible for women not covered by a group policy to obtain the insurance rider that Republicans are forcing them to buy if they want that coverage.

the state “opt-out” rider law clashes with provisions of the Affordable Care Act, which outlaws both separate riders and any government subsidy of abortion. Under federal law, insurers cannot offer a rider to a standard, inclusive policy. And the new state law bars insurers from including elective abortion coverage in any policy, on or off the exchange.

CONCLUSION: Michigan's Republican "Rape Insurance" law means that around 220 rape victims will be PENALIZED for the "crime" of being raped every year by either:

Now, I can already hear the response: I'm overestimating the number of women who are raped each year, or I'm overestimating how many become pregnant from being raped. Who knows, maybe I have. Perhaps it's only 200 women per year, or 150. Wow, that's so much better; I know I'll sleep better at night knowing that "only" a hundred or so women will be victimized a second time each year because they made the mistake of being born with a vagina.

Perhaps the attack will be about the "nature" of the rapes in question; were they legitimate?

Did the victim fight back? Was she drinking, or dressed provoctively?

And besides, gee whilikers, some women might even appreciate being given a gift from God.

I'm sure the women (and decent men) of Michigan will find those arguments ever so compelling.

A Sanilac County Circuit judge has granted parenting time and joint legal custody of an 8-year-old boy to a convicted sex offender who allegedly raped the child’s mother nine years ago.

Christopher Mirasolo, 27, of Brown City was awarded joint legal custody by Judge Gregory S. Ross after DNA testing established paternity of the child, according to the victim’s attorney, Rebecca Kiessling, who is seeking protection under the federal Rape Survivor Child Custody Act. A hearing is scheduled for Oct. 25.

The case, initially reported on “The Steve Gruber Show,” a Lansing-based radio program, is believed the first of its kind in Michigan and possibly the nation. According to the victim and Kiessling, it was prompted after the county surveyed the victim regarding child support she had received this past year.

“This is insane,” said Kiessling, who filed objections Friday with Ross. “Nothing has been right about this since it was originally investigated. He was never properly charged and should still be sitting behind bars somewhere, but the system is victimizing my client, who was a child herself when this all happened.”

Ross disclosed the rape victim’s address to Mirasolo and ordered Mirasolo’s name to be added to the child’s birth certificate — all without the victim’s consent or a hearing, according to Kiessling.

“An assistant prosecutor on this, Eric Scott, told me she had granted her consent, which was a lie — she has never been asked to do this and certainly never signed anything,” Kiessling said.

Ross could not be reached Friday afternoon.

Scott did not return telephone calls Friday, and Sanilac County’s elected prosecutor, James V. Young, was out of the office for the day and unavailable, a receptionist said.

Kiessling said her client was notified she was “not allowed to move 100 miles from where she had been living when the case was filed, without court consent.”

That instruction, along with other matters ordered by the court, will be taken up at the hearing later this month.

According to Kiessling, Mirasolo forcibly raped and threatened to kill her client, now 21, nine years ago when the woman was 12. Mirasolo was 18 when the incident occurred in September 2008.